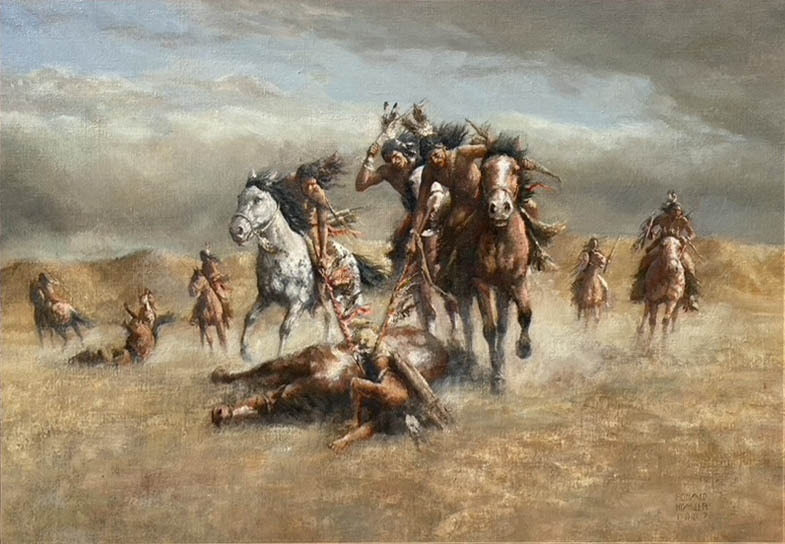 While traveling in the American Southwest, Ronald was permitted to attend Indian ceremonial dances. The dances opened for him a door to a people and a time with which he felt an inexplicable empathy. As a result of these impressions, he began a series of oil paintings expressing aspects of Native American culture, especially those of Plains Indians. His work has been featured in magazines and on television, and his paintings are in private collections throughout the United States and Europe, as well as in the permanent collection at Vermont’s Bennington Museum and The Booth Western Art Museum in Cartersville, Georgia.

Himler has also illustrated more than one hundred books for children, including “The Lily Cupboard” by Shulamith Levey Oppenheim, “Hook Moon Night” by Faye Gibbons, and “The Wall” and “Fly Away Home”, both by Eve Bunting. His work also appears in art galleries throughout the Southwest, where he is highly acclaimed for his portrayal of the Plains Indians.

See additional information about “The Battle”.