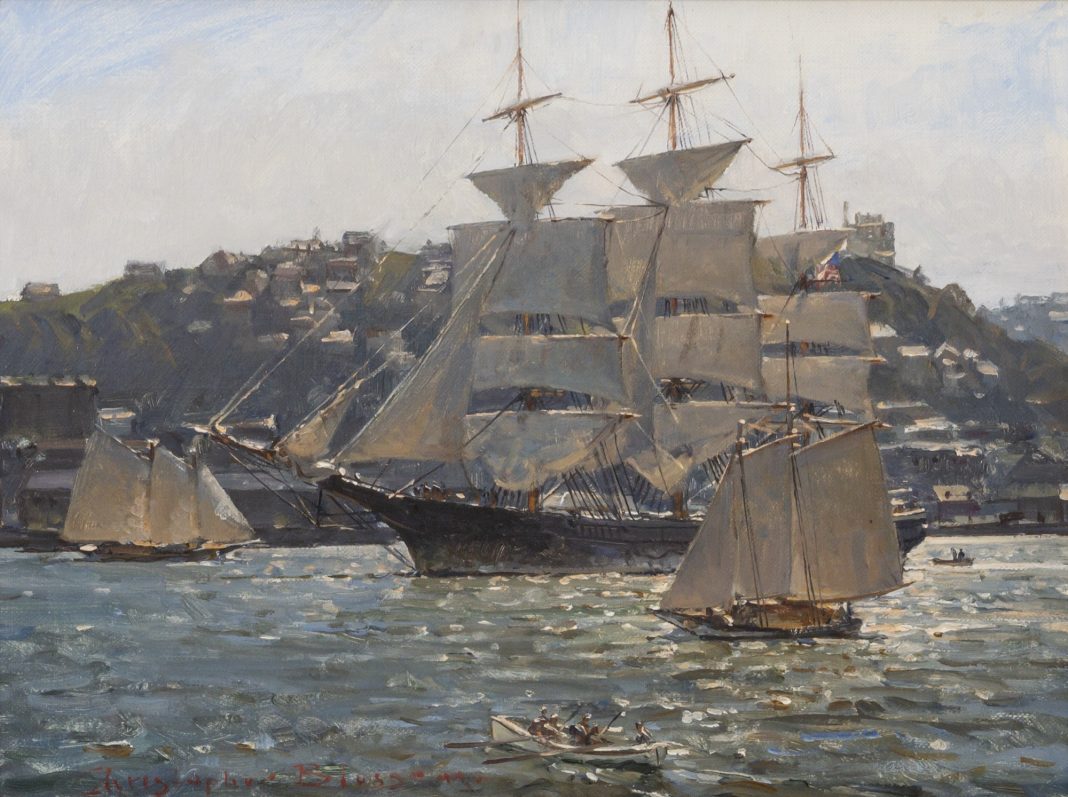 Like a member of another famous American art family, the Wyeths, Christopher Blossom follows a line of highly accomplished artists.  Both his grandfather Earl, and his father David, were celebrated commercial artists.  Their influence, in combination with Blossom’s own unique approach to easel painting, has led him to become regarded as one of the undisputed leaders of today’s generation of marine painters.

After informal studies with his father, Blossom attended the Parsons School of Design in New York City.  At the same time, he worked in the Industrial Design Studio of Robert Bourke, where he learned to accurately interpret blueprints of all kinds.  By the time he finished, he was able to visualize an entire boat by using its plans alone as reference, and he could draw a craft from any angle.

Blossom has received a level of recognition that most artists take a lifetime to achieve.  At the age of 20, he was awarded a Scholarship Gold Medal by the Society of Illustrators, then became a charter member and later, president of the American Society of Marine Arts. Soon, he was accepted into the exclusive Society of Historical Artists.

His passion for history and his unique ability to visualize in three dimensions has allowed him to recreate scenes from maritime history with a sincerity and feeling that is unequaled among his contemporaries.

Blossom has been profiled in numerous marine publications, as well as Southwest Art, Art of the Westand American Artist. Among his awards are a 1991 Gold Medal in Oil at the National Academy of Western Art and the 2001 Robert Lougheed Memorial Award at the Prix de West Invitational. 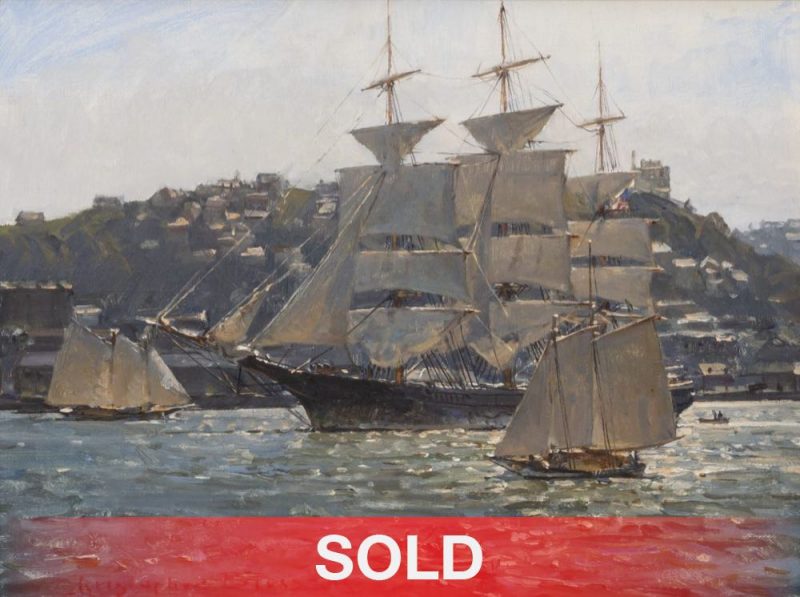 Do you have a Christopher Blossom painting you would like to sell? We have clients interested in adding his artwork to their collections. Call us 800-958-5360 or email us sales@artzline.com.