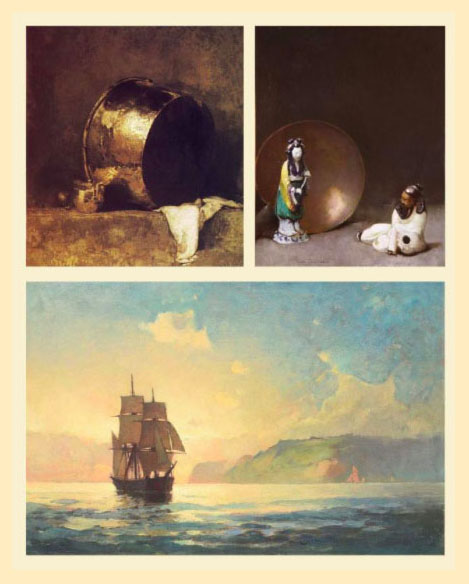 The Salmagundi Club in New York City will host a lecture “Emil Carlson Conscious Painting” on Thursday, February 15, 2018 at 6:30 p.m. The featured speaker is William Eric Indursky, Archives Director of the Emil Carlsen Archives. Mr. Indursky has written a book, of the same title, that will be available for purchase.

At the height of his career, Emil Carlsen’s paintings commanded the equivalent of as much as $50,000 to $70,000 per canvas—in today’s money—during the early 20th-century. Outside a small group of traditional painters, art historians and dealers, Danish-American Impressionist/Realist painter Søren Emile Carlsen’s (1848-1932) reputation is almost all but forgotten; an extreme contrast to the nearly “rock star” status he once held with the public and his peers during his lifetime. Please join author William Eric Indursky, director of the Emil Carlsen Archives (ECA) as he chronicles the life and work of Emil Carlsen, former SCNY President (1919-20) and unique American painter.