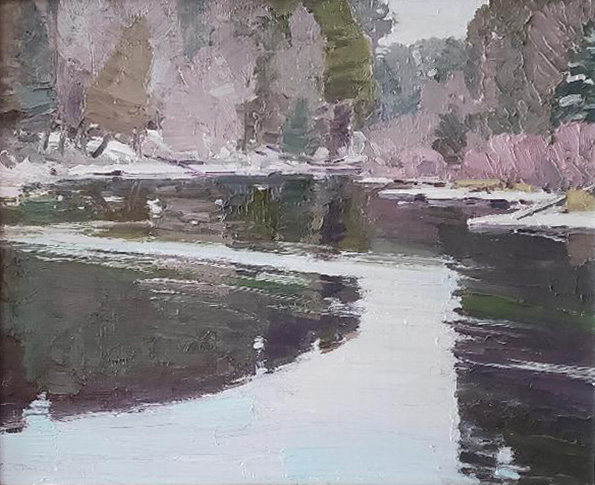 From a studio in a former barn in Lafayette, Colorado, Len Chmiel creates landscape and still lifes that reflect his love of the outdoors where he frequently hunts and gardens.

Chmiel was born in Chicago and moved to California at age 8. He became a full-time fine artist after working as a mechanical draftsman for Aerospace Corporation in Los Angeles. He took night courses at the Art Center College of Design and after graduation, painted and freelanced as an illustrator for several years before moving to Colorado and working from his studio.

However, he continues to take an occasional illustration assignment including giving instruction to illustrators at Disney Corporation and teaching workshops which he finds helpful in defining his own work.

He cites California painter Richard Diebenkorn as a major influence on his work to allow the intuitive side of his personality to increasingly affect his painting.