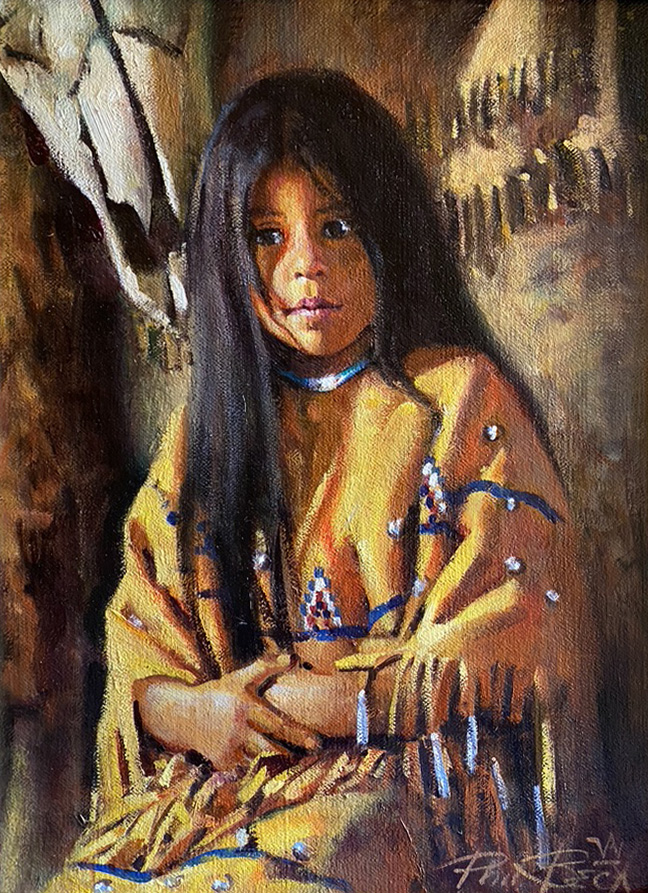 A portrait, figure, and animal painter, Phil Beck began his career as an illustrator in Chicago where he had studied at the American Academy of Fine Art as well as with Bettina Steinke, Harley Brown, and Jim Reynolds.

He moved to Scottsdale, Arizona in 1980, the result of a driving trip between Chicago and Los Angeles and a so-called brief stopover in Scottsdale. It turned into several decades. For many years, he was instructor of drawing and portrait painting at the Scottsdale Artists’ School.

He is known for his colorful, painterly style, a combination of of realism and impressionism. His primary medium is oil, but, committed to the necessity of skillful composition, he also does numerous drawings which he believes is the foundation of a good painting.

In 2002, Beck was the Best of Show winner at the Western Artists of America Branding Iron Show at the Tucson Museum of Art.

Do you have a Phil Beck painting you would like to sell? We have clients interested in adding his artwork to their collections. Call us 800-958-5360 or email us sales@artzline.com.