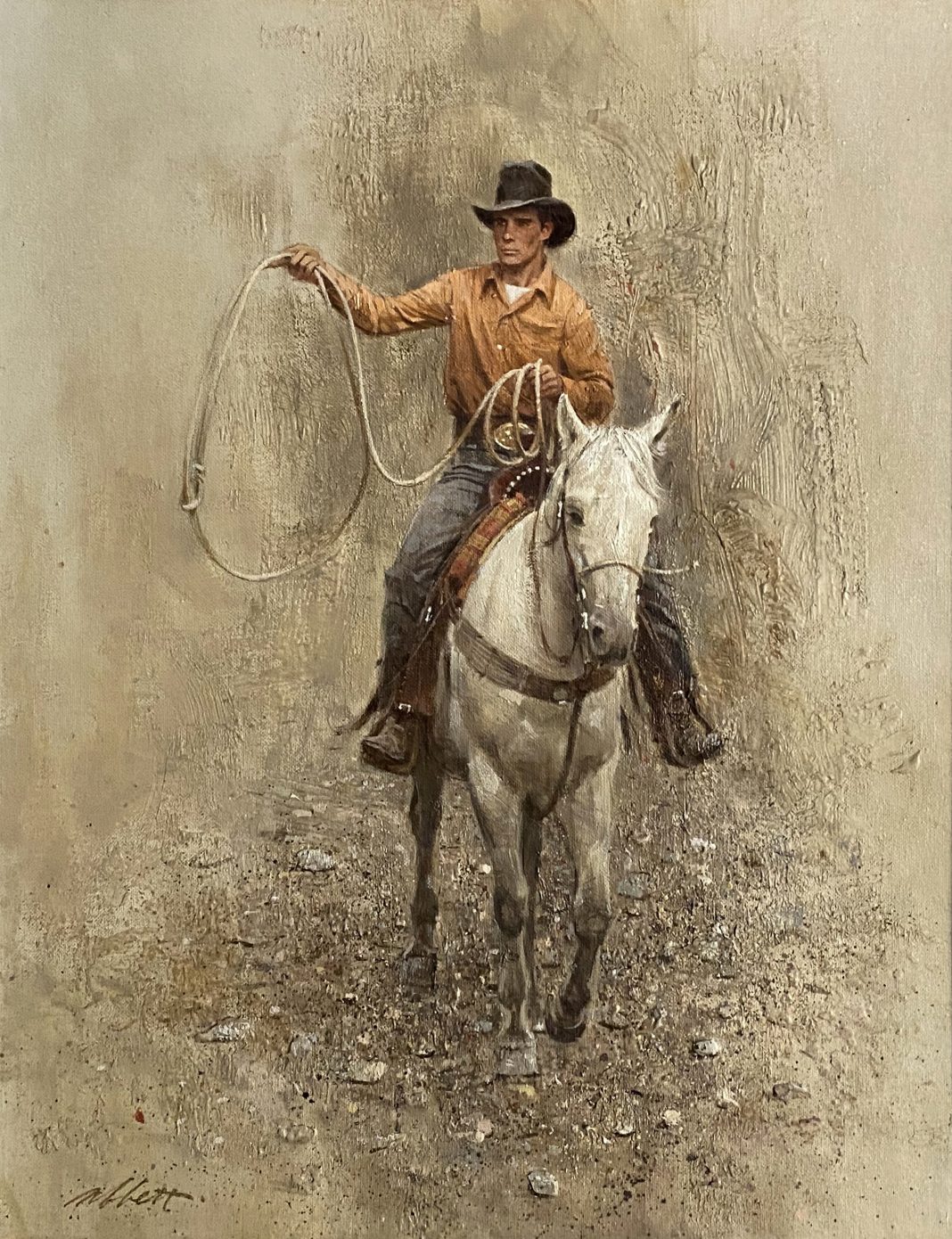 Robert K. Abbett, noted as one of America’s contemporary masters of sporting and wildlife art, was born in Hammond, Indiana in 1926 and is a graduate of Purdue University and the University of Missouri.

After attending night and weekend classes at both the Chicago Academy of Fine Art and the American Academy of Art, Abbett pursued a career in editorial and advertising art in Chicago, moving to Connecticut in 1953 to be closer to the editorial markets.  There he illustrated for The Woman’s Home Companion, Argosy, Sports Afield, Reader’s Digest and True magazines; worked with several of the west coast motion picture studios and did covers for all of the major paperback publishers.

In 1970, the commission to paint the English Setter, “Luke”, his first animal portrait, led him from illustration to becoming a full-time gallery artist.  Abbett, with his wife Marilyn, now lives and works at Oakdale Farm, his Connecticut estate.  There he can roam the fields and woods, observing wildlife in its true environment – to look at his art and to participate in what Bob Abbett calls “Being there”, insuring a solid connection with his viewers.  His work continues to grow and expand in subject matter, encompassing his unsurpassed paintings of sporting dogs, fly fishing scenes, the world of horses, western scenes and portraiture.

Robert Abbett is a past president of Westport Artists, formerly active with the Society of Illustrators, and is a member of the Society of Animal Artists.  He was the recipient of the Salmagundi Club Gold Metal in 1973, and his paintings and/or prints have been shown as far away as Tokyo.  Early in his career he showed at the Brandywine River Museum at Chadd’s Ford, Pennsylvania where his work hung alongside that of Winslow Homer and Andrew Wyeth.

He has exhibited in numerous group shows, including the Prix de West at the National Cowboy and Western Heritage Museum in Oklahoma City and the Artists of America in Denver.

Several books have been written on his work; The Outdoor Paintings of Robert K. Abbett, published by Peacock Press/Bantam Books; Abbett, by Michael McIntosh in 1989 and Wings from Cover by Ed Gray in 1996.  He is the author of his latest book, A Season for Painting, published by Collectors Covey in Dallas.  Feature articles about him have appeared in Country Gentleman, Sports Afield, Southwest Art, Wildlife Art and Prints Magazine.  His painting of a steer wrestler, Some Dayswon the purchase prize at the 1981 Cheyenne Frontier Days Rodeo, and the painting hangs in the Cheyenne Frontier Days Old West Museum.

Abbett’s work was selected for the first in the series of the Trout Unlimited Stamp Prints, for the 1982 Wild Turkey stamp, the 1982 artist for the Ruffed Grouse Society’s Conservation Stamp Print and in 1990, he was chosen as Ducks Unlimited Central Flyaway Artist of the Year.

Often wearing his writing hat, Abbett has written his column, “From Behind the Easel” for Wildlife Art magazine since 1986 and created the “Favorite Covers” feature for The Pointing Dog Journal and The Retriever Journal where he is a frequent contributor.

He remains a resident of Bridgewater, Connecticut and also spends time in Scottsdale, Arizona where, at the turn of the century his grandfather taught school on the Diamond S Ranch near Camp Verde. For several years Bob taught a workshop at the Scottsdale Artists School. 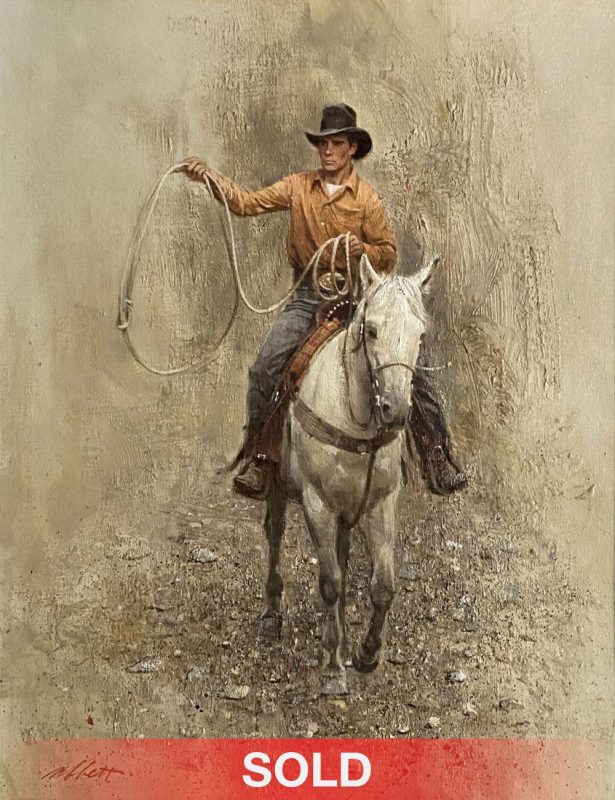 Do you have a Robert Abbett painting you would like to sell? We have clients interested in adding his artwork to their collections. Call us 800-958-5360 or email us sales@artzline.com.