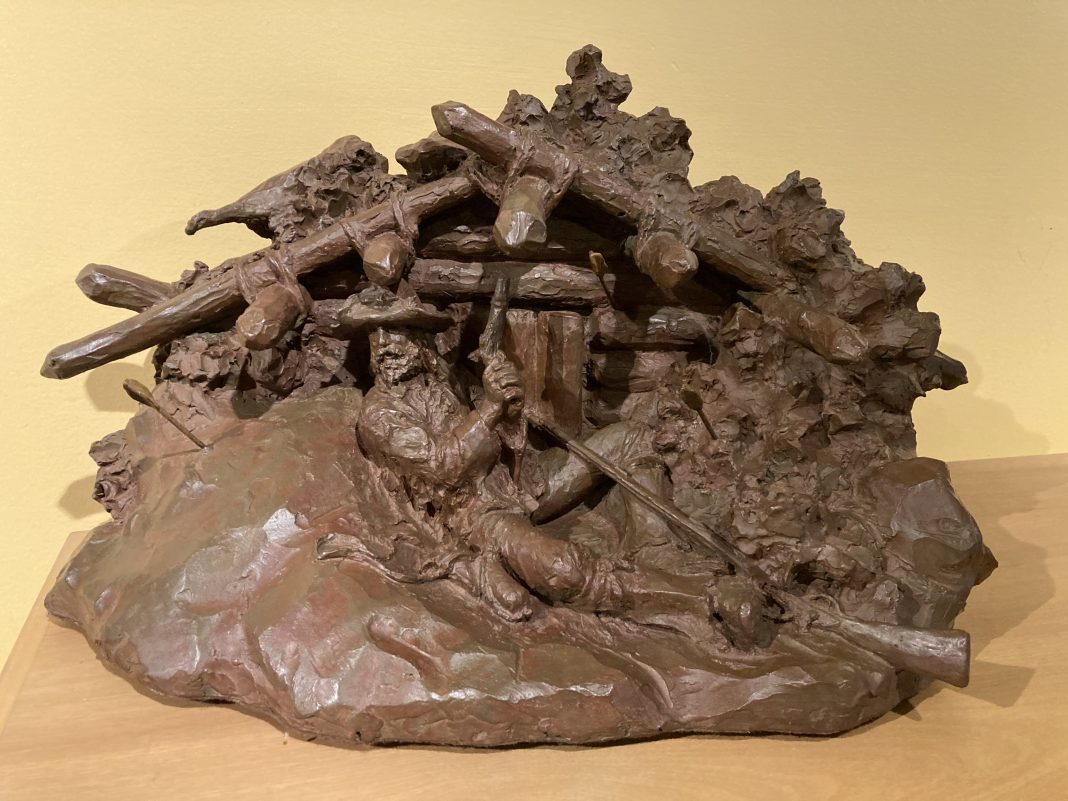 History and art course through the veins of David “Scott” Rogers – sculptor.  John Rogers, his Great Grandfather (six times removed) died as a martyr, burned at the stake in 1555, for translating and printing one of the first English Bibles.  Two of his relatives, Thomas Rogers & Samuel Fuller, signed the Mayflower Compact – Plymouth 1620. His great, great grandfather, Henry Clay Rogers, was part of the expedition that settled Lehi, Arizona, 1877 (now present day Mesa – the very town Scott was born in 1961). His Uncle, Grant Speed, was a renowned artist in western art.

As a youth, Scott was not drawn to creating art. However, it gives insight into his present artistic outlook on life, to learn of a few enriching experiences that permeated his life at a young age. At twelve years old, he gave mouth to mouth to a drowned boy, “witnessing first hand life returning”. In becoming an Eagle Scout Scott swam for miles, camped in snow, ran raging rivers in canoes and found himself caught in a lightning storm (at 12,000 ft) in the Rockies. At the age of sixteen Scott won a Golden Gloves boxing championship (mix in a few street fights as well). He played football, ran track (discus), rode bulls in rodeos throughout Texas and Oklahoma, acted and sang in plays. He also set world records picking pineapple in the fields of Lanai (Hawaii), trapped and skinned hundreds of animals, was selected as a principle nominee to attend the Naval Academy (a broken back suffered from bull riding prevented him from attending), worked a rock crusher in an Alaskan gold mine. Look close at Scott’s sculptures and you’ll find a host of self-portraits. In some small measure, his life experiences (emotional fingerprints) have found their way into bringing about the believability people feel in his work. After 20+ years of sculpting full-time, Scott is still an avid student and lover of the human form. He’ll slam on the brakes to see a unique face walking down the street. At the Rodin Museum in Paris, everything outside of what he beheld in front of him, became a blur. His eye will not move from an old cowboy, who happens to be standing uniquely. Every day poses catch his eye – all ‘somehow’ cataloged – to later appear in his work.

In Scott’s own words: “I love what I do.  The feelings I portray about the Old West I’ve had all my life.  I remember fondly the hours spent as a youth reading of renegades, rogues and outlaws – of wild men and horses, ferocity, passion, cunning, independence, honor, loneliness, fear, courage and freedom”.  In viewing his work, one can see how these words worked their way out of his soul and find expression through his fingers in clay.  The ‘West’ was about men and women who had courage to work for something better, people who believed in a future and took risks to be a part of something greater than themselves. Scott’s work does justice to these men and women by creating authentic portrayals of what they represented.” 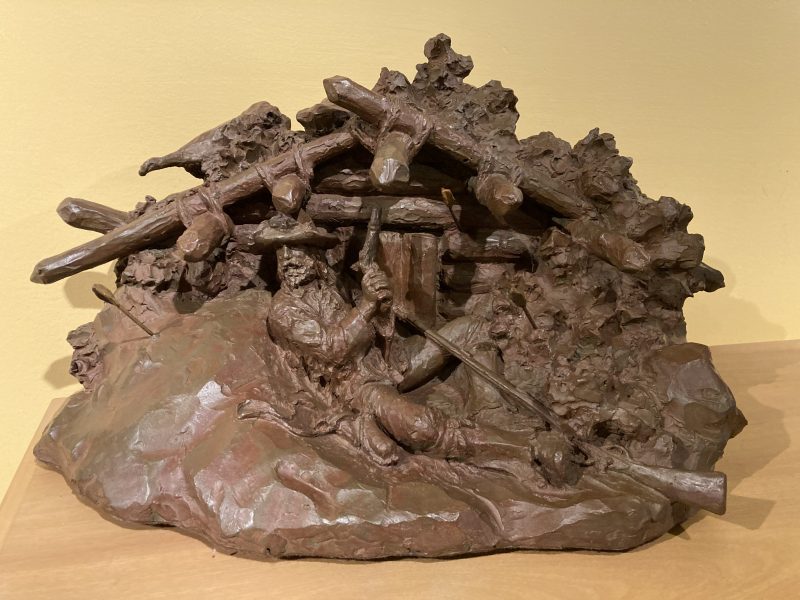 See additional information about “Odds Are Against Him”.