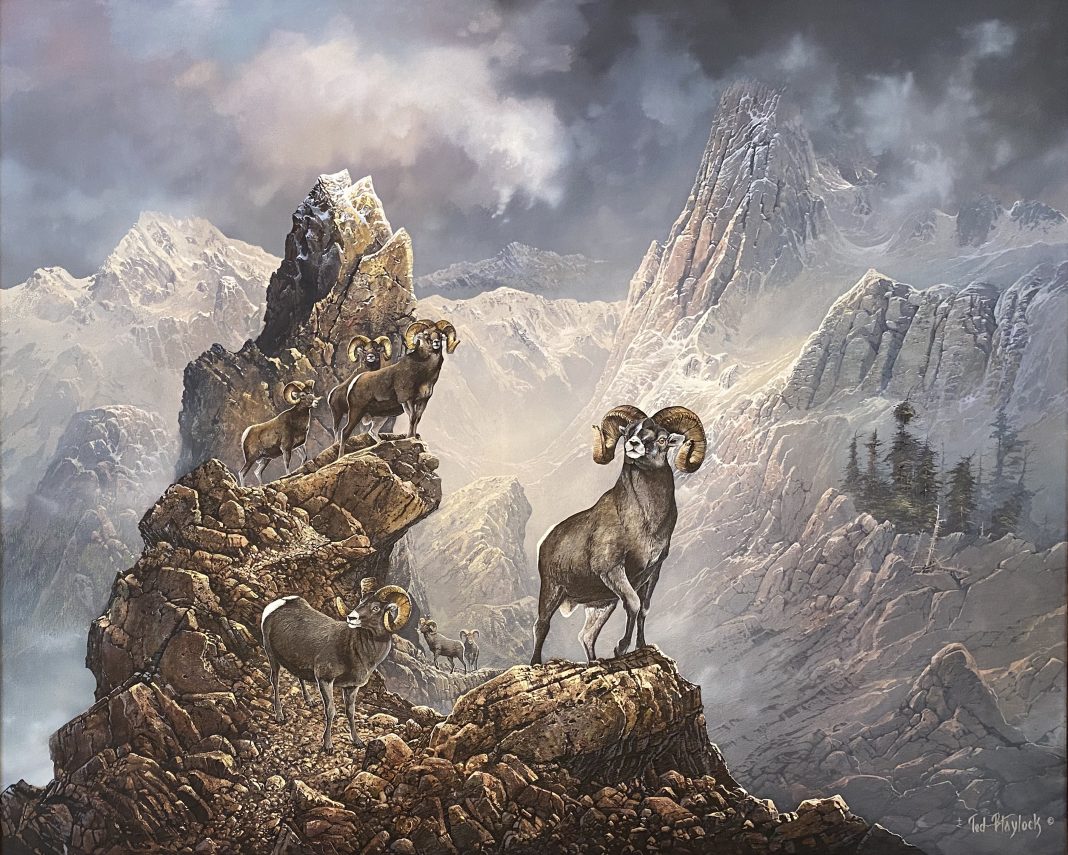 Born in 1940, in Perryville, Missouri, in the foothills of the Ozarks and raised in the St. Louis, Missouri, area. Ted’s first inclination towards art came when he was about seven. He remembers making a stick easel and with his primary watercolors, painted an old tree in the park.

During his early adult life, Ted held a variety of tough, work-a-day jobs, all far removed from the world of fine art. Yet, throughout this period, ran one common thread; the love of art. Regardless of the job, his leisure time was spent developing a talent to draw and paint.

In 1969, he decided to follow his artistic instincts and opened an art gallery and instruction school in Collinsville. Illinois. During the process of pursuing his art career, setting goals, and just plain making a living, he found his life was busy, but spiritually empty. As Ted says, “I was living basically for myself.”

In 1971, Ted had an experience that changed his life. His wife, Norma, had a serious illness and was close to death. Ted says, “I prayed that she would recover, and promised God that I would give Him whatever praise I received from my art. From that time on my art has been dedicated to Him, and I have made Him the Lord of my life.”

Ted developed a faith mark which he places in front of his signature on all his artwork. It consists of a cross over the top of the letter C. This is his testimony of God’s love in his life.

In 1972, Ted, Norma and their four young sons left their home state of Illinois and headed west to Arizona. They settled in Mesa, where they for decades.

His art has been selected for the top 100 Arts for the National Parks program, the Leigh Yawkey Woodson Museum Birds in Art, The National Wildlife Federation, Ducks Unlimited and Leanin’ Tree Museum of Western Art. Ted’s art has also been selected for the Arizona Life-time Trout Stamp, 1990-91 Arizona Duck Stamp. Wildlife for Tomorrow Arizona Print of the Year and Arizona Artist of the Year, plus many others. 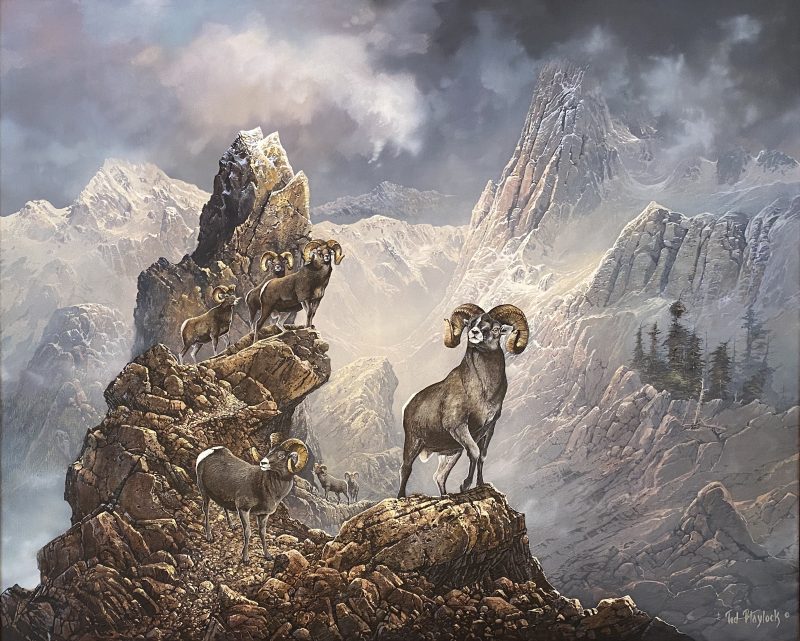