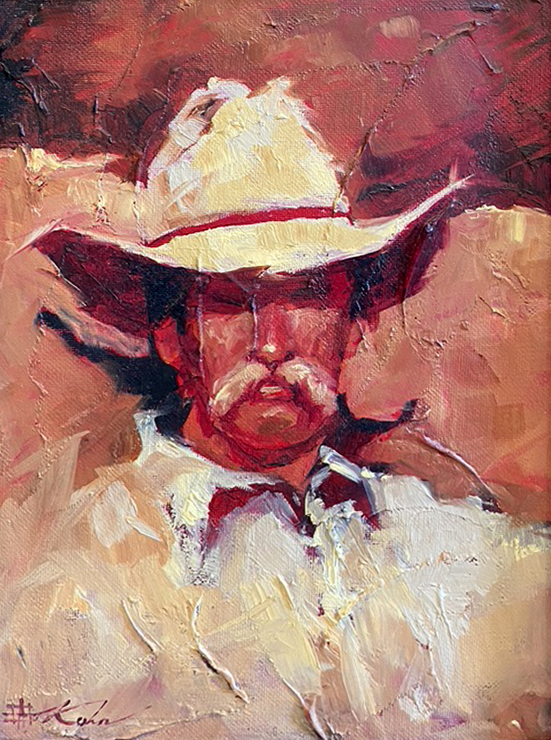 Born in Volgograd, Russia, Andre Kohn is a figure painter whose subjects include cowboys and Indians and whose style is described as figurative impressionist.  His family heritage is one of promoting fine art, although his parents were financially poor.  His grandfather was an amateur sculptor; his mother played the violin in the symphony; and his father, a military officer, did much sketching.

Initially Andre Kohn pursued an athletic career in the Soviet Union, beginning at age 15 with study with individual artists in Moscow, something that meant financial sacrifice for his parents.  He began with sculptor Anatoly Vrubel, and then worked with painter Natalya Govrishenko.  Both teachers used the style of Russian Impressionism or Socialist Realism, which emphasized rigorous, disciplined, mathematically precise drawing and painting.  When he was old enough, he applied and was accepted at the Moscow University School of Art.  However, he was frustrated as the emphasis was on technique and not expression from the “soul” of the artist.

After three years at the Moscow School, he at age 20, immigrated to the United States shortly after his parents.  His father had an opportunity to exchange places with an American military counterpart, and the family settled first in Montgomery, Alabama, where the father was attached to Maxwell Air Force Base.  His parents eventually defected to the United States as the mother was Jewish, and she feared the anti-Semitism in Russia.

Kohn got a scholarship to Auburn University, and after graduation, opened an art gallery and painted in his spare time.  However, he had become interested in subjects of the American West, so in 1999, he moved to Phoenix, Arizona.

As a figure painter, he is focusing on many poses from stationery to highly active, from nude to fully clothed, and has expanded far beyond ‘cowboys and Indians’.  However, he spends much time on reservations learning about native peoples, but also sketches in the city at outdoor cafes and ballet schools—anywhere he has an interesting vantage point.  In his studio, he quicky converts his sketches to canvas, striving to maintain the emotion or feeling he had when first seeing the subject.   He does not paint much detail and rarely fills in the background.

He and continues to sell his work in Russia as well as the United States. His work is in the Troy State University Museum in Montgomery. 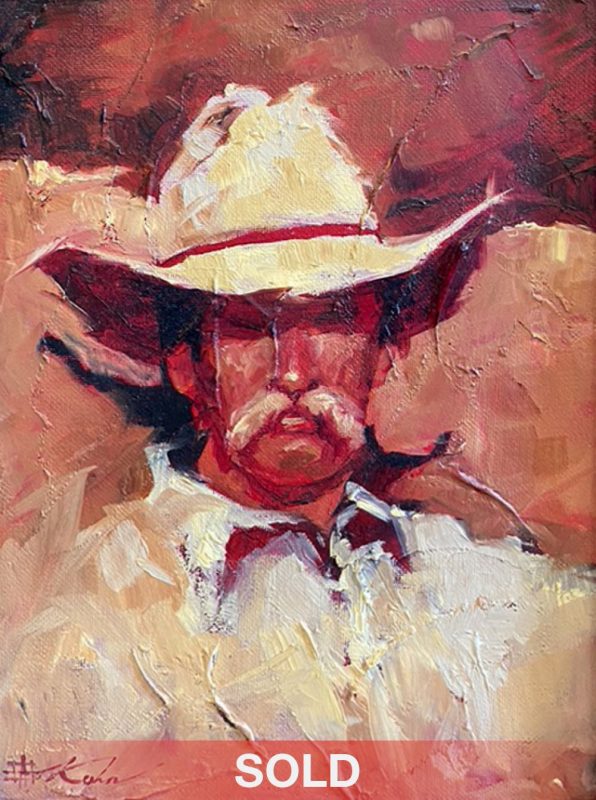 Do you have Andre Kohn paintings you would like to sell? We have clients interested in adding his artwork to their collections. Call us 800-958-5360 or email us sales@artzline.com