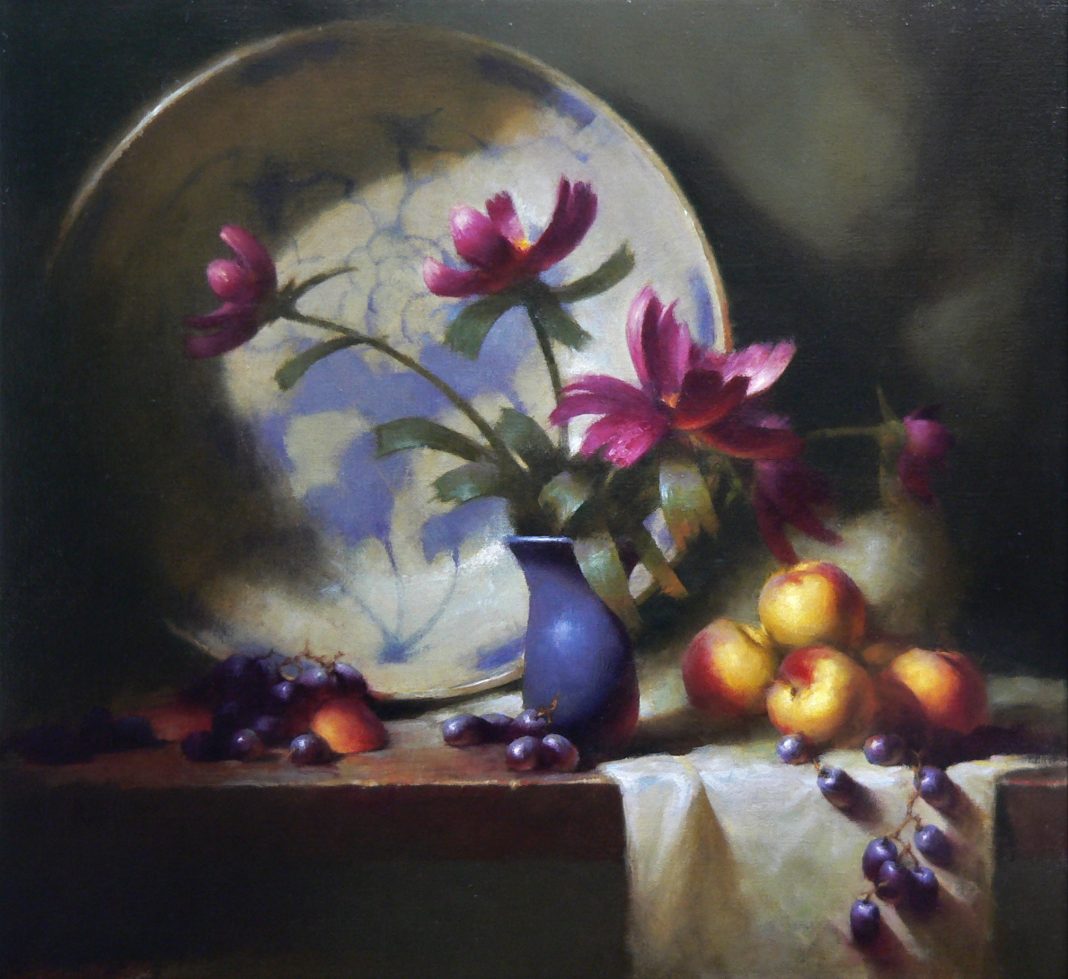 David Riedel was born in 1956 in Indiana and lived there until moving to Tempe, Arizona to study art. He fell in love with the Southwest, graduating from Northern Arizona University in 1982 with a BFA in printmaking. For many years David lived in the Southwest near Taos, New Mexico, and also Portland Oregon. Presently he is in Durango, Colorado.

In 1986 David began attending courses at the Art Students League in New York City. It was at the Art Students League that David first began the serious study of painting under the internationally acclaimed teachers there. Similar to the Old Masters’ style, Riedel’s works are characterized by their chiaroscuro and deep background color, lending a certain vibrancy and energy to his subjects. His use of dramatic lighting and rhythmic color, combined with a sense of solid composition, produces work that is timeless in its appeal. David considers his primary instruction to be from David Leffel, yet he also feels the importance of many fellow artists in both Taos and New York. The excitement of interacting with other artists creates a milieu in which he finds opportunities for artistic growth.

In 2009 Riedel won the first place American National Award of Excellence in the Oil Painters of America National Show in Santa Fe, New Mexico. He also won the Still Life Merit Award in the Salon International Show sponsored by Greenhouse Gallery in San Antonio, Texas, and the still life award at the Hoosier Salon in 2016, along with other awards throughout the years. Moving to Durango, Colorado has inspired David to explore his love of landscape painting and the southwest outdoors.

“The still-lifes all contain objects that are individually beautiful, but the starting point is when objects interact with light, shape, and color to form a larger dynamic. Some Paintings will focus on a quieter play of light within an environment, or perhaps I will focus on strong contrasts of value or color. I enjoy creating a sense of depth and contrast where I can explore ways to balance the different elements and build a sense of movement into the painting.” 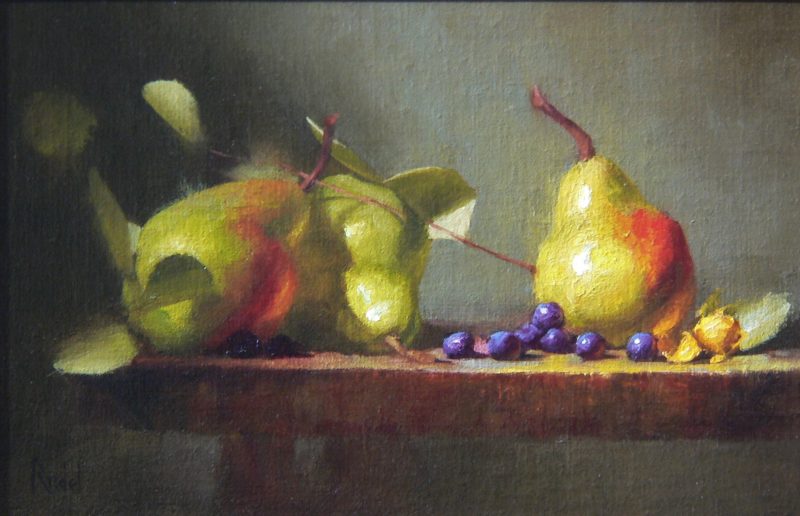 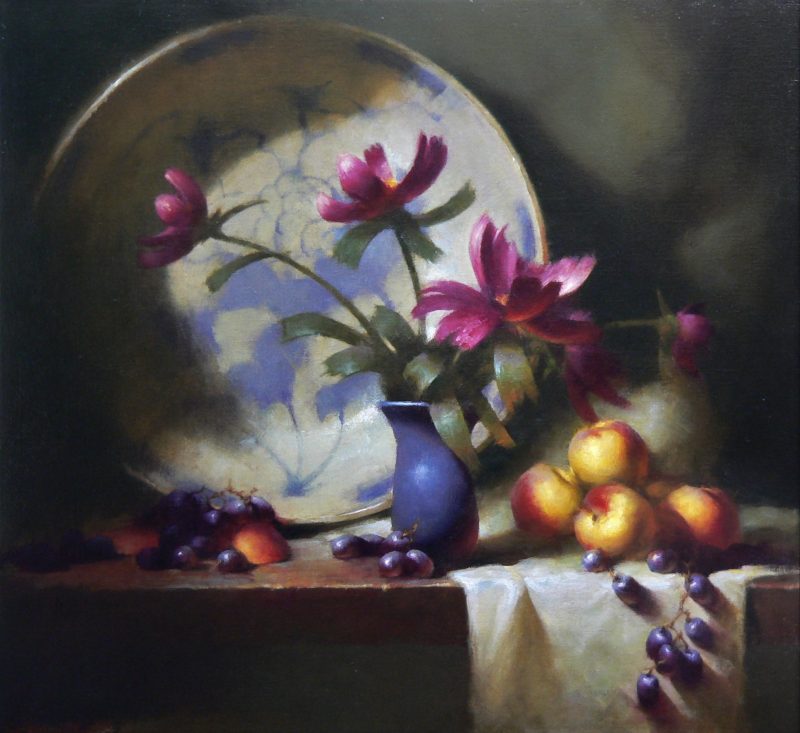 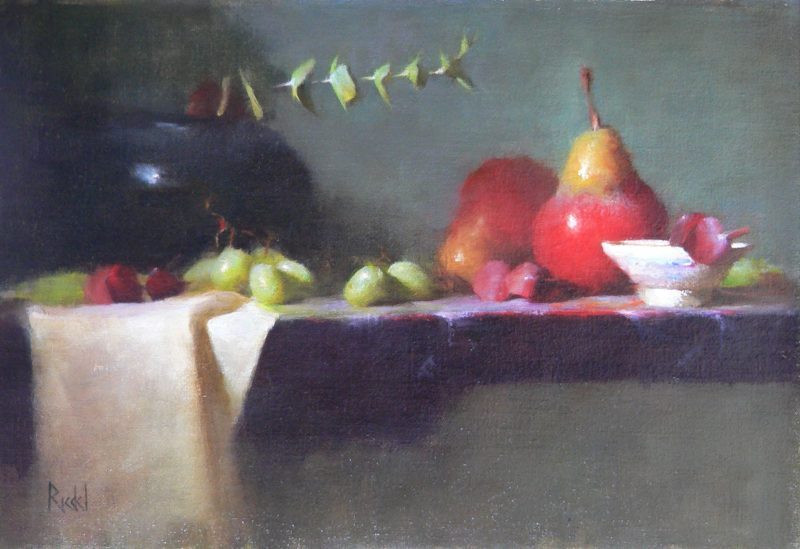 See additional information about “Along The River”. 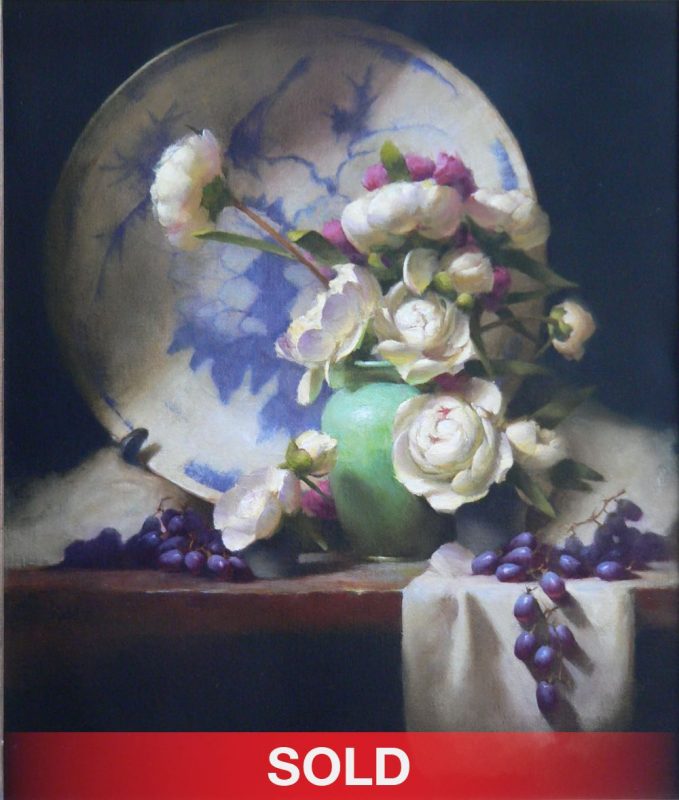