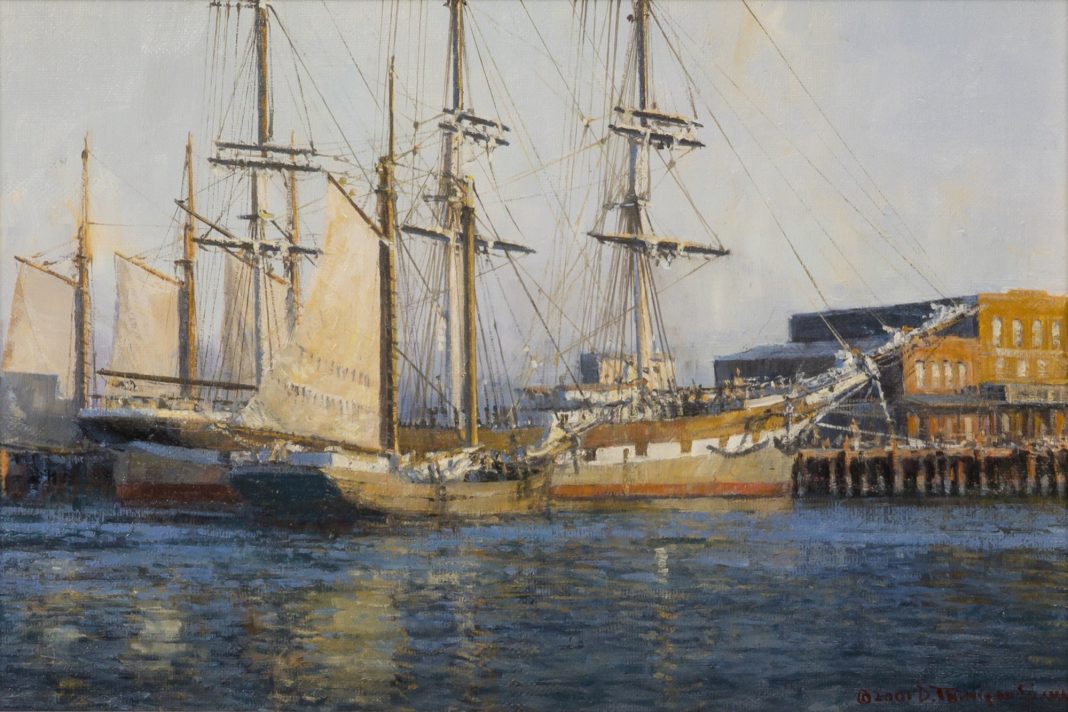 David Thimgan was without a doubt one of the leaders of a new generation of marine artists. Specializing in re-creating scenes of America’s seafaring past with emphasis on the West Coast and Pacific Rim waterways, David’s technique developed to near perfection. His uncanny ability to portray the fluidity and texture of the sea’s many moods combined with an artist’s eye for color and a historian’s knowledge of the way of a ship generated some of the most strikingly accurate and appealing marine paintings by a modern maritime artist.

A Southern California native, David attended public schools in San Bernardino and later enrolled at Cal State University. Both his mother and father painted as a hobby, and much of the artist’s early influence came from them. Showing his artistic talent at an early age, David created pencil sketches and watercolors as a child that hinted of the precision that was to follow.

In 1978, at age 23, he embarked on a career as a full time artist. With no formal art training, David’s approach was to start painting what he loved the best–ships and the sea. Although he experimented with other subjects, his marine pictures were the most popular with his growing collectors and what he enjoyed painting the best.

David always held a great love for the old sailing ships. He believed them to be some of the most aesthetically pleasing creations man ever designed. The exploration and early trade during the 19th century and the action of Navy ships in wartime were dramatically appealing.

Each painting by David Thimgan was painstakingly researched- he often spent as much time on research as on the paintings themselves. His library contained numerous marine books, sea charts, ship plans and photographs-everything relating to the history of the stately windjammers and their voyages. He strove to make each ship precise in terms of structure and rig and its position on the water. He created the setting of each picture as historically accurate and realistic as possible.

A member of the American Society of Marine Artists since 1981, David Thimgan had a reputation as one of America’s leading historical marine painters grew rapidly. His work is in numerous public and private collections and is sought after by discriminating collectors of fine marine art worldwide.

He had exhibitions at the prestigious Mystic International Show for many years as well as the Mystic Invitational Art Show. His paintings have been displayed at both the Museum of Maryland Historical Society in Baltimore and the Ventura Maritime Museum in Oxnard, California. 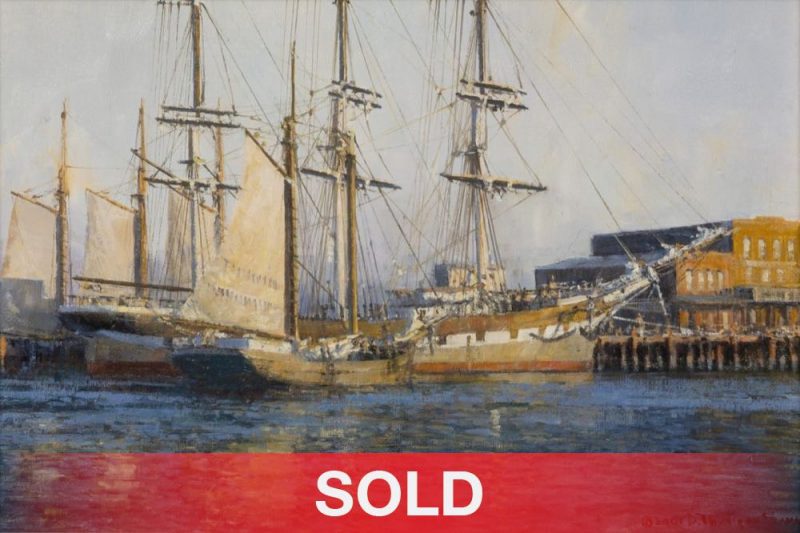 Do you have a David Thimgan painting you would like to sell? We have clients interested in adding his artwork to their collections. Call us 800-958-5360 or email us sales@artzline.com.