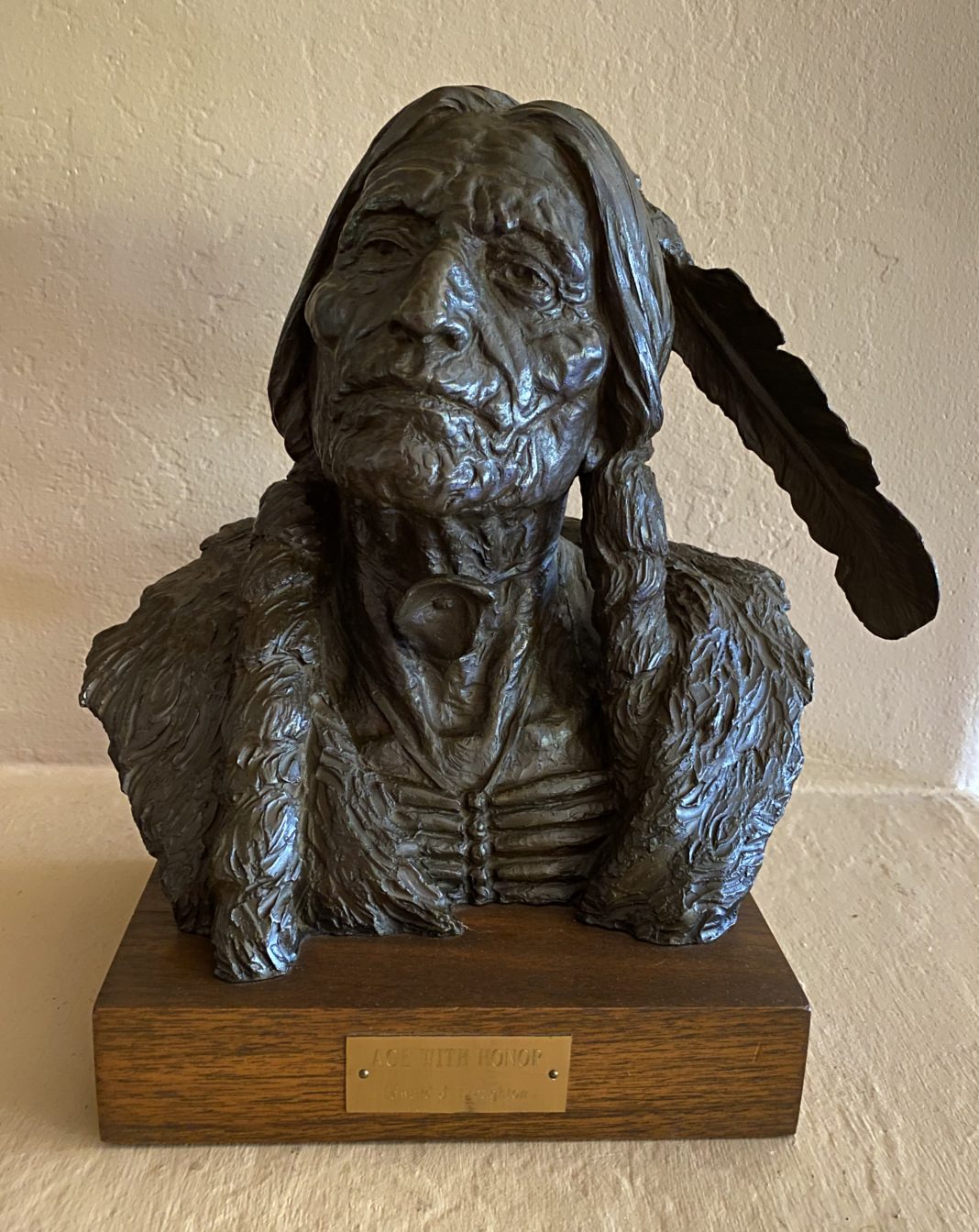 From Utah, Edward Fraughton is a sculptor in stone and bronze of western and history subjects, many of them commemorative and in public locations.  Some of his major works include the Mormon Battalion Monument, Sons of Utah Pioneers at the Presidio Park in Old Town San Diego; the All is Well Family Monument in the Brigham Young Cemetery in Salt Lake City; and the Spirit of Wyoming monument on the grounds of the state capitol building in Cheyenne, Wyoming.  A major interest is cowboys and horses, especially cowboys on running horses.  Fraughton once said: “The cowboy comes closest to being a Greek centaur, man and horse working together almost as one body.”

Fraughton was born in Salt Lake City, and earned a BFA degree in 1962 from the University of Utah where his art teachers were Avard Fairbanks and Justin Fairbanks, with whom he studied four years.  In 1968, the Mormon Battalion Monument was his first major commission.

As a ten-year old youngster, he was tickled when he received first place for crayon art in a fourth grade competition whose theme was “America the Beautiful”, sponsored by the Milton Bradley Company. 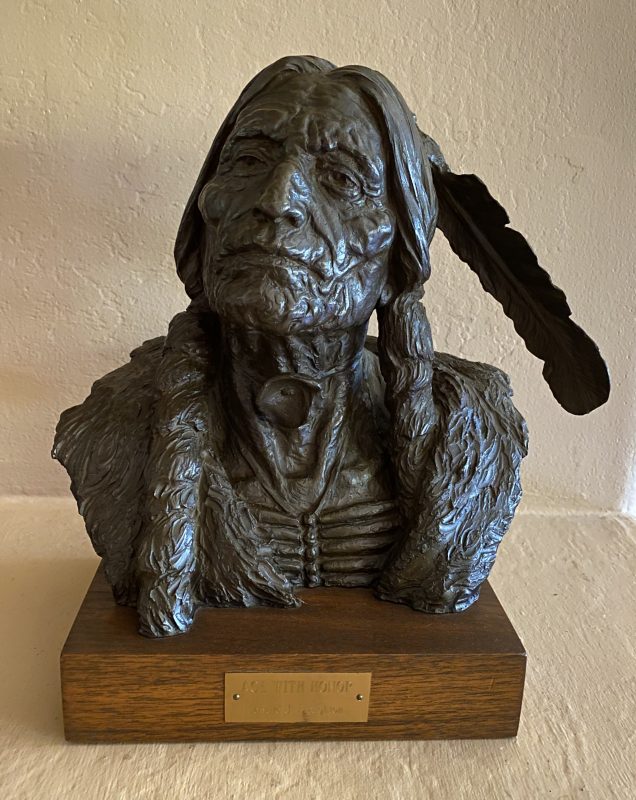 Do you have an Ed Fraughton scultpure you would like to sell? We have clients interested in adding his artwork to their collections. Call us 800-958-5360 or email us sales@artzline.com.