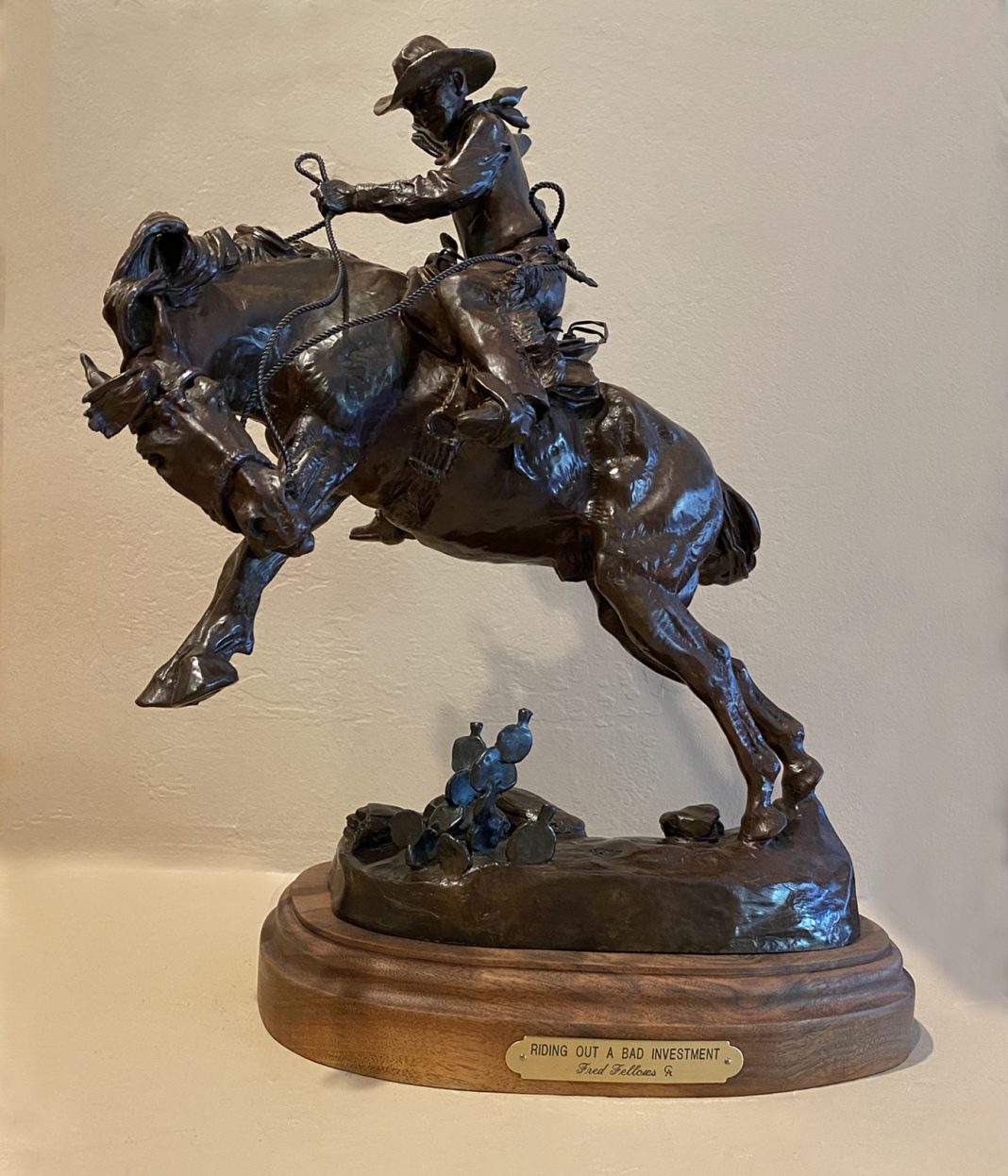 Living in Sonoita, Arizona, Fred Fellows is a painter and sculptor who works in realist style.  He was born in Ponca City, Oklahoma, where he was influenced by the cultures of the Otoe and Osage Indians, whose reservations were nearby.

Although Fellows, as a youth, moved to California and attended high school in Los Angeles, he continued his interest in ‘things western’ including competing in rodeos, working as a saddle maker in Paramount, California for Butler Sadlery, and being a cowboy at Monolith, California on the Jamison Ranch.

This period of his life was followed by serving as Art Director for Northrup Aircraft, which honed his composition skills for the realist style of western subject painting and sculpture that became his signature work.  However, during this time, he experimented with abstract art as he spent many evenings for seven years meeting with a group of artists who, working in this style, did drawing together and had shows in coffee houses.  However, questioning “how anyone can understand something that is totally private to the artist” (Samuels, 180), he turned to realism and to the western subjects of his heritage.

In 1968, Fred Fellows was voted into membership of the Cowboy Artists of America*, a group founded in Arizona of western artists dedicated to the traditional style and western subject matter of Charles Russell and Frederic Remington.  In 1997, he served as President of the CAA.  He has won numerous awards at the groups’ annual exhibitions including Artists Choice, 2007; Oil Painting Award, Silver, 1988; Sculpture Award, Gold Medal, 1995 and 1991; Drawing and Other Media, Silver, 1989; Drawing Award, Silver, 1977; Kieckhefer Award*: Best of Show, 1991; and CAA Memorial Award, 1975.

His western painting and sculptures have been featured in many magazines, and selected for world-wide advertising by Philip Morris, Inc.  In 1981, his artwork was included in the first American art exhibit in mainland China.

Fred Fellows has lived with his wife, Deborah Copenhaver Fellows, also a sculptor at Woods Bay Point on Flathead Lake at Bigfork, Montana, and the family later moved to Sonoita, Arizona. 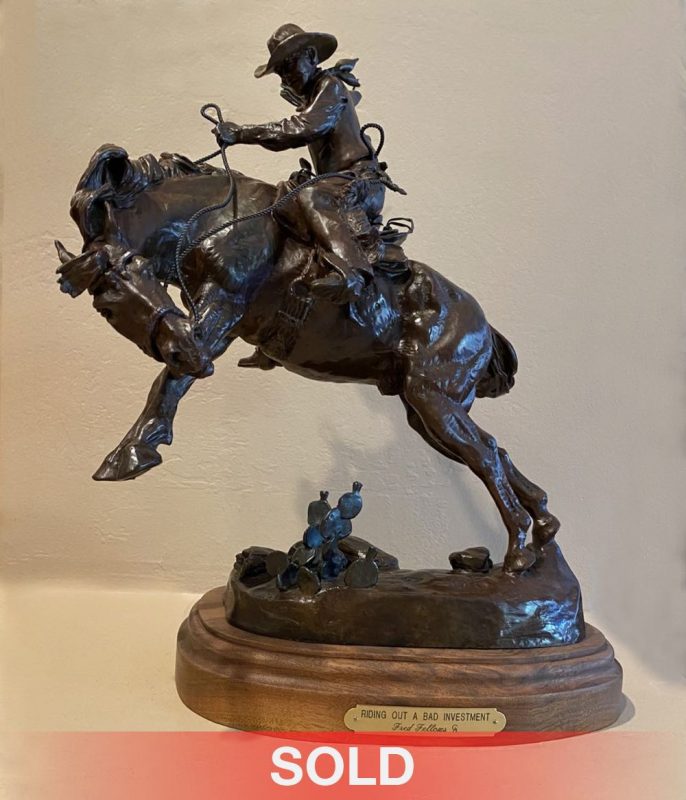 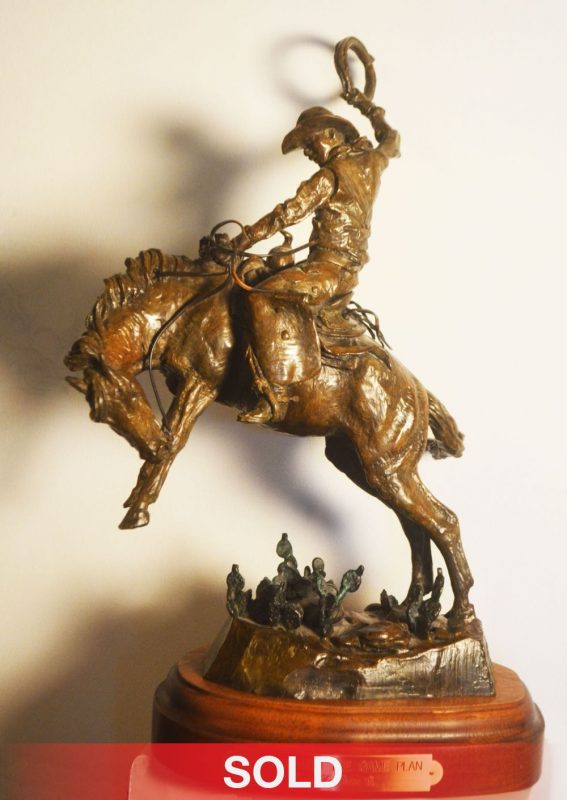 Do you have a Fred Fellows sculpture you would like to sell? We have clients interested in adding his artwork to their collections. Call us 800-958-5360 or email us sales@artzline.com.