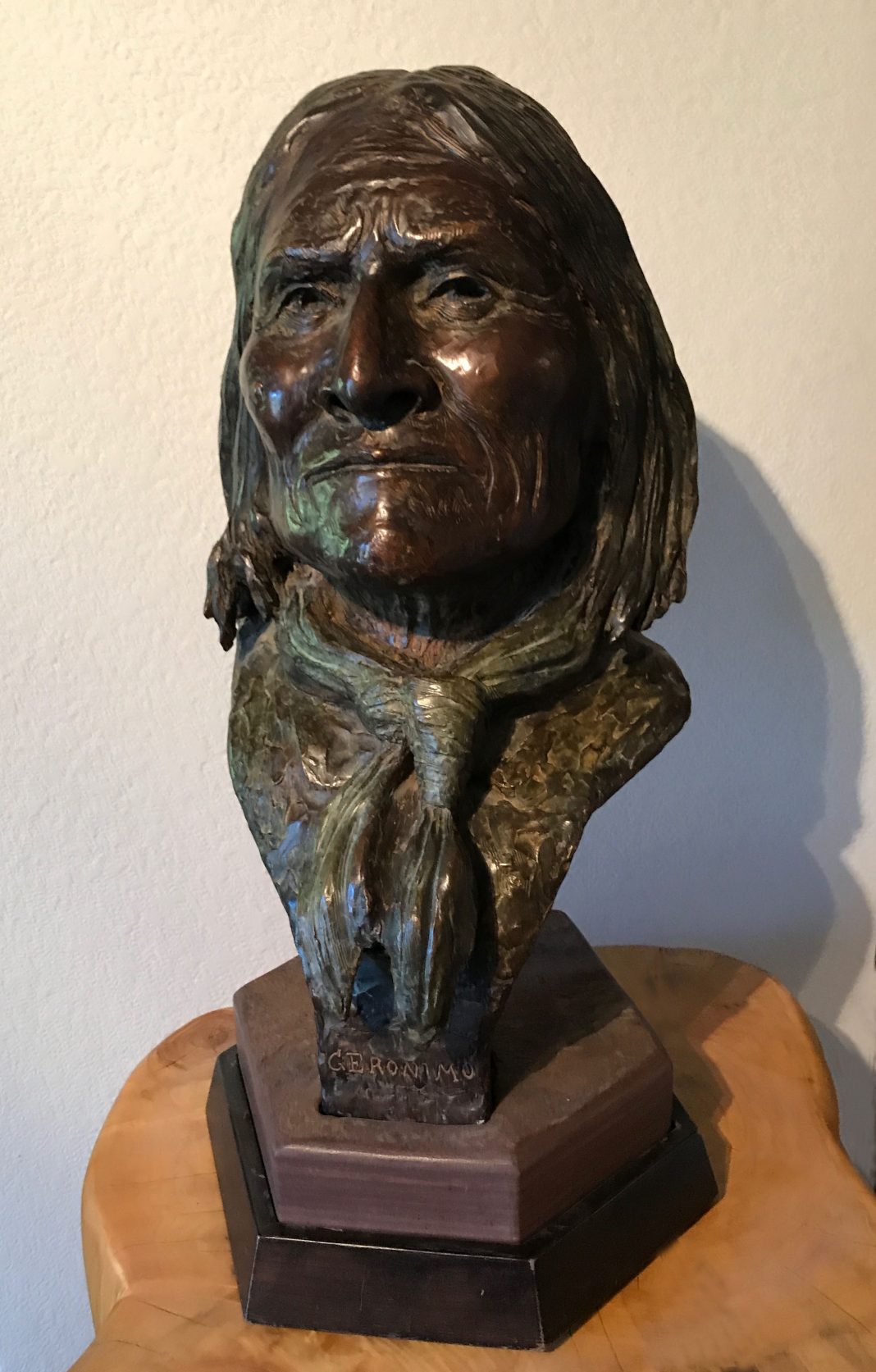 A founding member of the Cowboy Artists of America*, Joe Beeler was a pioneer in contemporary western art and is accomplished in both painting and bronzes.  At annual exhibitions of the CAA, Beeler earned numerous Sculpture Awards: Silver, 2000; Gold 1993; Gold and Silver, 1990; Silver 1973; and Gold, 1971, 1969, and 1967.  In 2001, he received the CAA Special Lifetime Achievement Award.

He was born on Christmas Day, 1931 in Joplin, Missouri and was early recognized as having art talent.  He was raised in Oklahoma and Missouri and received his Bachelor of Fine Arts degree from Kansas State Teachers College and continued studies at the Art Center School in Los Angeles.

He served in the Korean War and taught at Tulsa University and Kansas State Teachers College, which he later credited as giving him the art background he needed.  His art career began with illustration assignments with the University of Oklahoma Press in Norman.  He continued as a free-lance illustrator and began selling his work to ranchers.

A 1960 one-man show at the Thomas L Gilcrease Museum in 1960 launched his career of national acclaim, honors, and awards.  From 1962, he and his family have lived in Sedona, Arizona where his studio has been on five acres of land.  In 2002, he was selected by the family of Barry Goldwater, former United States Senator from Arizona, to sculpt the statue of the Senator for a one-acre park named for him at Tatum and Lincoln streets in Paradise Valley, Arizona.

Joe Beeler died on April 26, 2006.  The circumstances were fitting for this man whose life had been dedicated to memorializing the American west, especially his home state of Arizona.  He died on his Sedona ranch of a heart attack while dragging calves to a branding fire.  “No cowboy could ask for a better way to go than being horseback and with his boots on.  Mr. Beeler died doing what he loved.”

Do you have a Joe Beeler sculpture you would like to sell? We have clients interested in adding his artwork to their collections. Call us 800-958-5360 or email us sales@artzline.com 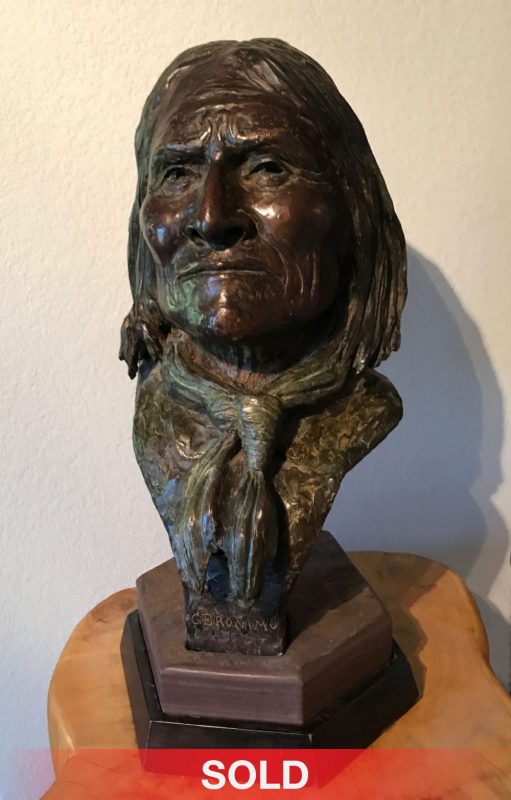 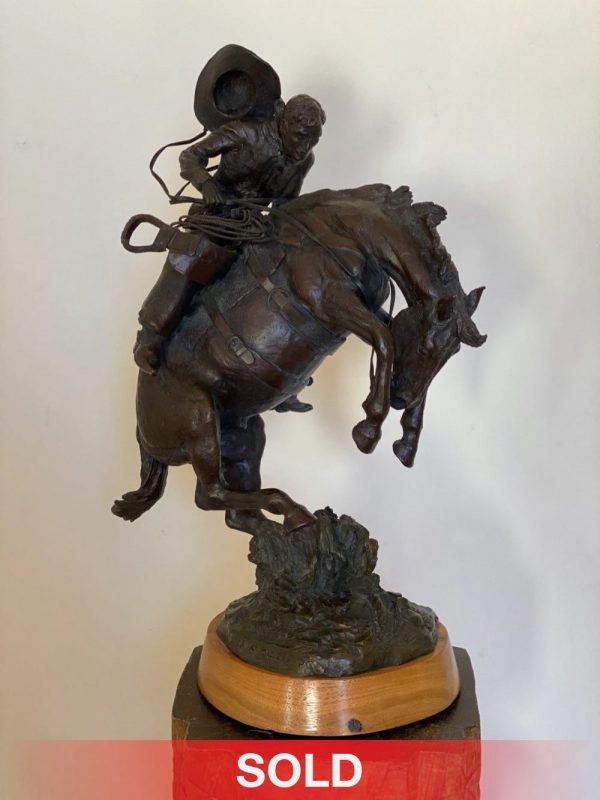 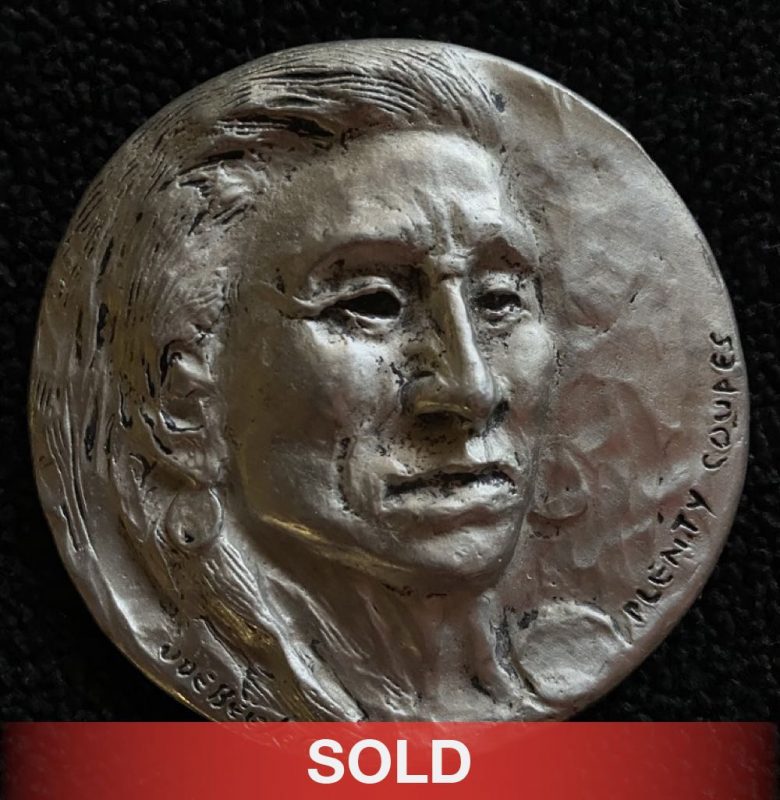 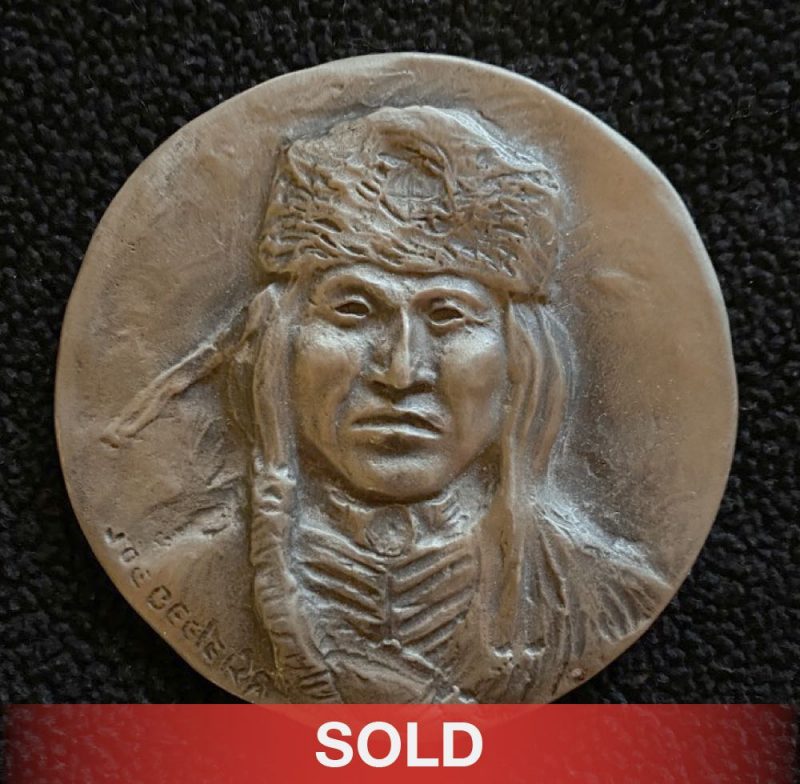