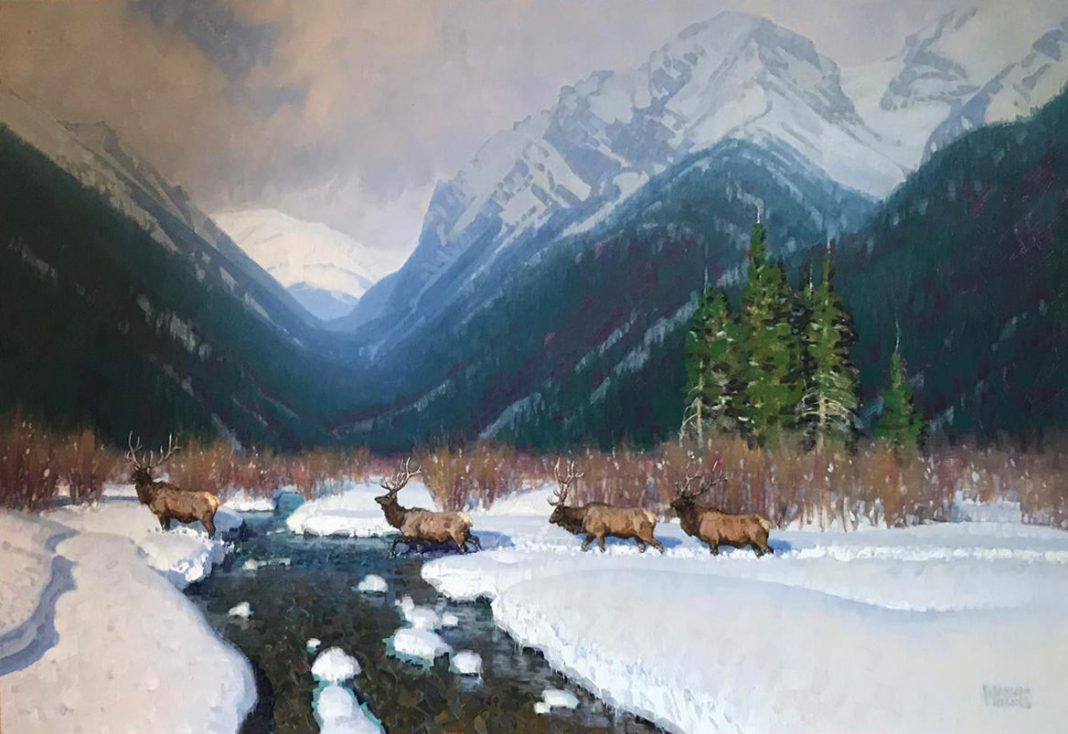 American Painter, Wayne Wolfe, was born in Kansas City and graduated from the University of Kansas with a journalism degree.  His exposure to art began in childhood with his father, Byron Wolfe, who was an early member of the Cowboy Artists of America.

After attending college, working at a radio station and an advertising agency, and serving in the Army, Wolfe decided to fulfill his need for independence and left the business world to paint.  He studied with Robert Lougheed in Santa Fe and apprenticed with him for six years.  Lougheed insisted that he learn the language of nature by painting landscapes on location in order to see the best value, color and edges. While in Santa Fe, Wayne also studied with Tom Lovell to learn about line, mass and anatomy.

Wayne Wolfe now lives in Colorado, and primarily paints the Rocky Mountain West. Painting trips have also taken him to Canada, New England, Europe and the British Isles. His work, which is displayed at the country’s most elite shows, has won numerous awards including the very prestigious Prix de West purchase award from the National Cowboy & Western Heritage Museum in Oklahoma City.  His work has been displayed in many national publications and books. 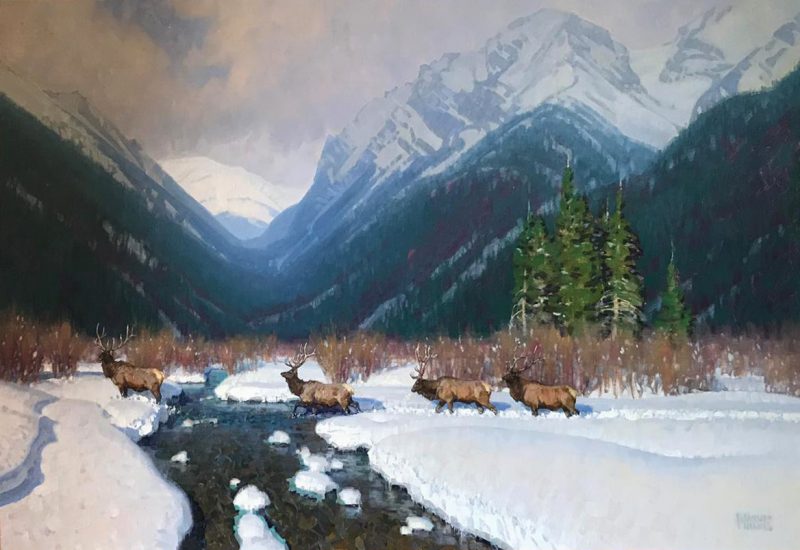