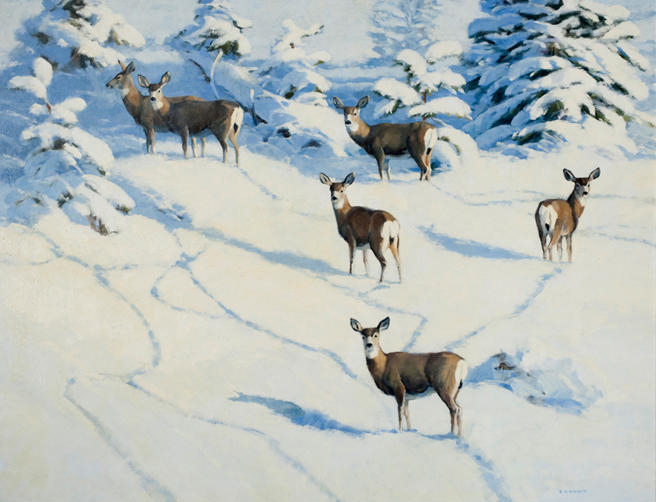 Becoming an artist was not a childhood aspiration of Steve Elliott’s, but rather an evolution.

Throughout his childhood, Elliott was exposed to all the tools of an artist’s trade – pencils, paper, crayons, paint.  His father had studied art under Grant Wood, the artist who painted the famous “American Gothic”.

As a senior in high school, Elliott was hired to do drawings for Marquette University’s Engineering Magazine which, that year, won national awards.  Consequently, Elliott received a scholarship to Marquette where he studied pre-med.

“I really didn’t know what I wanted to study.  I loved art, but I didn’t think one could make a living as an artist and my father never encouraged me because I suppose he wanted me to have a ‘real’ job,” says Elliott.

At about this time his father became the publisher of National Wildlife, and for the first time, Elliott was exposed to wildlife art.

Elliott did very little art work in medical school as he simply had no time, and after his internship and a year of general surgery, he moved to Browning, Montana to work on the Blackfeet reservation.

It was during these two years that Elliott discovered the outstanding art community of the region; artists like Bob Scriver, Tom Sander, Sherry Sander, Fred Fellows and a host of others who encouraged him to make time to create.  Elliott soon found himself evolving into a true artist.  He had finally found a course; but he continued to practice medicine.

He moved on to Billings, Montana where he practiced emergency medicine for sixteen years.  In his spare time he painted constantly – mostly large watercolors of birds and animals.

Soon Elliott began showing his work.  He was elected to the Society of Animal Artists in 1980.  In 1986, after five years of participation in the Leigh Yawhey Woodson “Birds of Art” Show, his painting was chosen for an exhibition that traveled the world.

At age 45 Elliott finally decided to retire from medicine.  He truly believed that there was some ability he possessed which he could not be realized if he continued in medicine.

“I found a little path and started walking,” says Elliott.  “Slowly, at first. But then I kept walking and it felt good. So I kept on walking.”

“I just love painting,” says Elliott, “and all its possibilities.  If the colors are put together in a charming way, they charm me. I like that.” 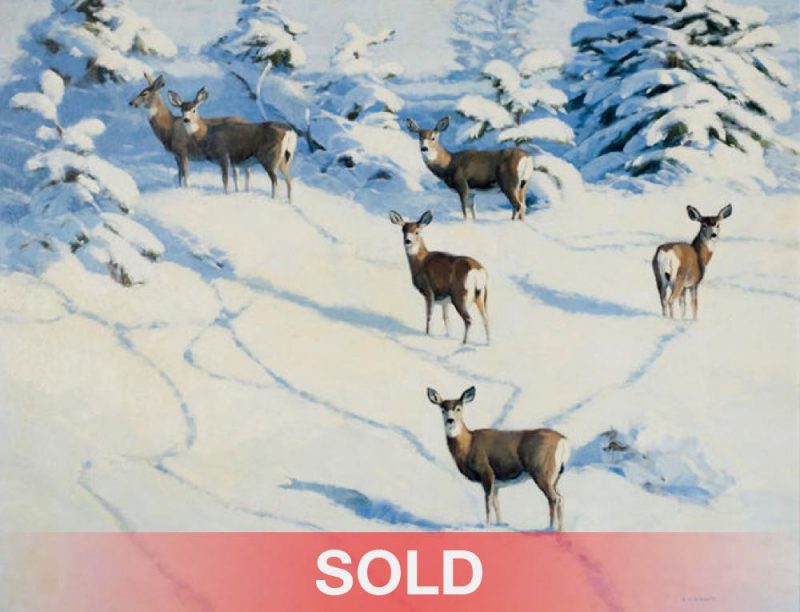 Do you have a Stephen Elliott paintings you would like to sell? We have clients interested in adding his artwork to their collections. Call us 800-958-5360 or email us sales@artzline.com.