Morgan Weistling’s oil painting “Hope” has been chosen to be the cover image of the newly released May/June 2019 issue of Art Of The West magazine. Morgan is the publications featured artist and they have given six pages to his story and many large scale images.  Other artists featured in this issue are Sandy Scott, Brenda Murphy, Jeff Legg, William Alther and D. Eleinne Basa. Tour the studio of Giuliana Aubert with writer Mary Nelson. As always, we point out Bill Frazier’s “Law And The Art World” column found at the back of the magazine.  For more information, or to subscribe, visit Art Of The West website. 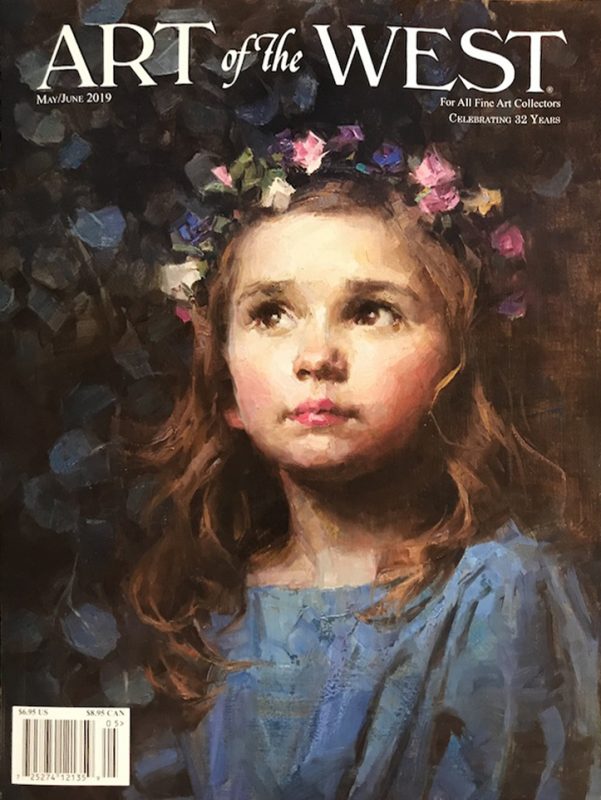 Other Art Of The West stories: